EU politicians want Europe’s next big digital law to tackle micro-targeted advertising, by regulating or even banning it 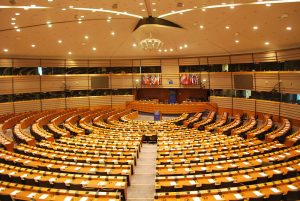 The EU’s next big digital law, the Digital Services Act (DSA) would update the EU’s e-commerce directive – which hasn’t been touched since 2000. Recommendations for the soon to be drafted laws have been made in reports by specialist committees within the European Parliament. Looking at those reports, we can see that the EU is planning to go after micro-targeting advertising from multiple angles and we might expect to see a GDPR level internet-wide change as a result of the DSA.

Urban surveillance in The City of Angels: Watch out for the eyes in the sky 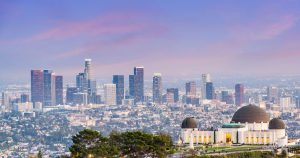 The Los Angeles Police Department (LAPD) recently obtained approval to start recording and storing the aerial surveillance footage captured by the department’s fleet of helicopters. When combined with aircraft mounted mobile device surveillance Stingrays known as Dirtboxes, this means that police in the LA area are capable and routinely conducting aerial surveillance that can provide video and device generated evidence that an individual was at a certain location at a certain time.

Spy agency ducks questions about ‘back doors’ in tech products

The NSA has been giving Congress and specifically Senator Ron Wyden of the Senate Intelligence Committee the runaround. Wyden’s office has been seeking to find out whether the NSA actively implants backdoors in the technology used by the world. Wyden told Reuters: “The government shouldn’t have any role in planting secret back doors in encryption technology used by Americans.” The NSA responded in typical fashion: that they could neither deny nor confirm and that they don’t talk about their processes and procedures for national security reasons.

The social networking app left a server exposed on the internet that exposed private user data for the entire world to see.  True is made by Hello Mobile, a MVNO that uses the T-Mobile network. The unprotected server was discovered by Mossab Hussein from the Dubai-based firm SpiderSilk. Nothing on the server was encrypted, and the information on the server could even be used to hijack accounts live. Needless to say, privacy was not protected.

Europeans Hope for Better Ties With U.S. on Data Privacy After Election

European regulators and experts eagerly awaited the results of the U.S. 2020 election because it will significantly impact data privacy regulations and their prerequisite negotiations beforehand. With the Privacy Shield framework for cross-Atlantic data transfers of personal information has been invalidated, what is worked out on both sides of the ocean to replace it remains to be seen, and will have far reaching consequences.