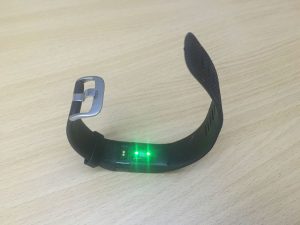 A new report from the Brennan Center of Justice highlights how much information that law enforcement is able to siphon from the “smart” internet of things connected devices that are increasingly everywhere. While individual devices might only provide a snippet of information, combining the information from many devices can provide very intimate looks at personal activity. As bad as the issue is now, the ability for law enforcement to use personal data from IOT devices is only anticipated to grow.

A Japanese company called NEC has developed a system that can identify people with 99.9% accuracy even when they’re wearing face masks. The system is called NeoFace Live Facial Recognition and improves on previous facial recognition algorithms that could only identify 20-50% of masked individuals.  While many people viewed the increased anonymity from the newfound ubiquity of face masks as a silver lining of the last year, that relative peace of mind can now be discarded.

WhatsApp is forcing users to share personal data with Facebook, and Elon Musk is urging people to switch to Signal, a smaller encrypted messaging app

WhatsApp has made the long awaited move of changing its privacy policy to share personal data from WhatsApp users to its parent company Facebook. According to Facebook, the change in the privacy policy is to bring business cross chat functionality from WhatsApp to Facebook. The change will officially happen on February 8th, and WhatsApp users have until then to stop using WhatsApp. Spurred on by celebrity endorsements, many users are moving over to apps like Signal instead

A second popular Muslim prayer time reminder app with over ten million downloads has been revealed to sell personal information of users to government agencies such as the FBI and ICE. The app, Salaat First, entered into a data sharing arrangement with a French firm called Predicio which then passes on the information to the now infamous American firm Venntel. The information – which includes precise location – is then passed on from Venntel to law enforcement and government agencies.

ElectroRAT arrives as a Trojan horse claiming to be a cryptocurrency management and trading app. However, in reality, it attempts to steal cryptocurrency from the victim. The malware has apparently been around for a whole year, but most antivirus software offered little to no defense against ElectroRAT until this month.